Continued Support Of Soccer in NY Via First Touch Magazine

As many know by now, soccer has seen a resurgence not only across the United States but particularly here in the New York. Of course with the resurgence of our beloved New York Cosmos and those other two professional soccer teams that have mention of New York in their names, soccer seems to be here to stay for some time.

One of the publications that has consistently promoted soccer in New York and has been a guide for soccer fans in New York when searching for their favorite team’s matches has been First Touch Magazine. At the beginning of the spring season, I was asked to cover the Cosmos for First Touch and knowing their foothold on soccer in New York, I couldn’t turn down the change. Every now and then I like to give them a shout out for the outstanding work that they do. Their database of soccer pubs around New York City continues to grow and they have now even expanded into Long Island. Here are some of the more recent articles that I have shared with them.

Cosmos Show Spirit!
Click on the picture for article!

Cosmos Still Searching For Form-
Click on the picture for article! 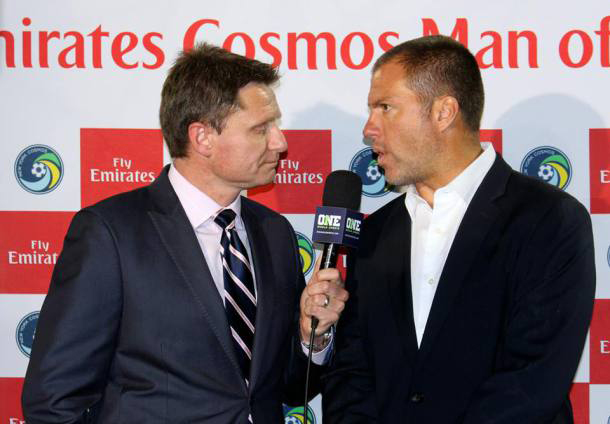 Senna’s Midnight Heroics Rescue The Cosmos
Click on the picture for article!