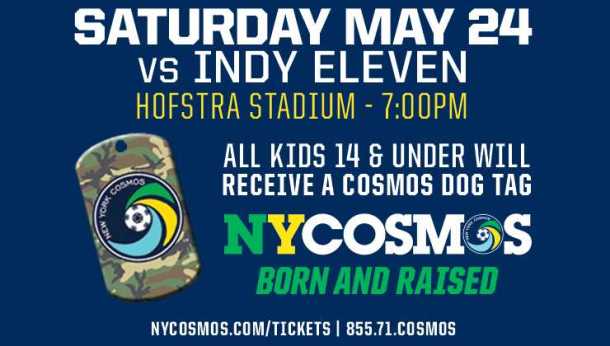 This week The New York Cosmos face a gritty team in the Indy Eleven. Coming off of their 3-0 victory in Tampa Bay last week, the Cosmos would like nothing more than to make quick work of Indy and set their eyes on their May 28th US Open Cup match against the Brooklyn Italians. In looking at Indy Eleven this year they have shown a competitive spirit in all of their matches but they just have not been able to come up with the three points. Sitting in last place in the NASL standings at zero wins, four losses and two ties, Indy would like nothing better than to come to New York and play spoiler while earning their first ever franchise victory.

The Cosmos seem to have turned a corner and found their scoring touch against Tampa Bay. Head Coach Giovanni Savarese had this to say about the current state of his club:

“We’re trying to maintain consistency through every weekend. We’ve seen our team growing in many aspects, defensively very strong and offensively being able to create better chance in order to score more goals.”

While the team is starting to find their balance on offense and defense, they will be going into this match without the services of both Diomar Diaz and Jemal Johnson as noted by Head Coach Giovanni Savarese earlier this week during a conference call: 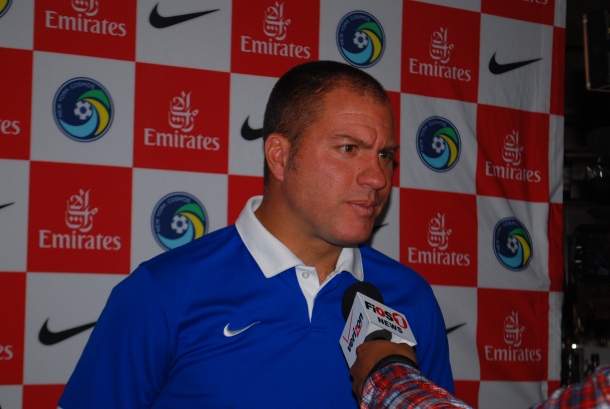 “No definitely they are not going to be ready to play this weekend. They are progressing well. I think we are going to get them back sooner than anticipated but definitely not for this weekend.”

In addition to not having Johnson or Diaz, there is also the possibility that Danny Szetela may not be available for the match against Indy as he too is nursing a sore hamstring.

Even without Diaz and Johnson, the club was able to score three goals last weekend against Tampa Bay. If the Cosmos are going to notch a victory against Indy then they will have to do more of what they did against Tampa Bay and that is create different opportunities. In their losses against San Antonio and Carolina, we saw the Cosmos become too predictable. Creating different opportunities is the key to the Cosmos offense. They must not rely on simply crossing the ball into Mads Stokkelien. Using wingers such as Guenzatti and Paulo Mendes proved to spark some offense last week.

With their US Open match coming up on Wednesday against the Brooklyn Italians, one might wonder should the Cosmos go up on the Indy Eleven, would they rest some of the older players on the team like Marcos Senna. You might recall that last week against Tampa Bay, Senna stayed in for the entire match despite the fact that the Cosmos had a 3-0 lead. I took some time this week to ask Coach Savarese about the coaching staff’s decision to leave Senna in the match against Tampa Bay:

“We have to understand that there are other players as well that could have gone into situations as they did during the match. We saw Nane having a problem with his quad and we had to make a substitution. All of the substitutions that we made came at the right time in regards to replacing players that needed to be replaced at that time. Senna felt very strong..I think sometimes with Senna, these minutes allow him to grow physically again. We just have to manage him in practice because definitely, he’s not nineteen years old even though he looks like a nineteen year old when he plays! But it was never in our thoughts to take him out of the game (in Tampa)”.

Its probably best to not even think about the US Open Cup and focus on the NASL match at hand this week. Another item in focus will also be those competing for first place. The Cosmos are just ahead of the Ft Lauderdale Strikers due to goal differential as they own the same record. Both teams however are still chasing Minnesota United FC who remain three points ahead at the top of the NASL table.

Below is the remainder of the league schedule for week 7 of the Spring NASL Season:

Here is the Cosmos TV Preview for tho Saturday’s match against the Indy 11!

« Cross Island Crew Scarves Back In Stock!
Diosa Adds Another Dimension For Savarese »