Season Tickets Are In The Mail! 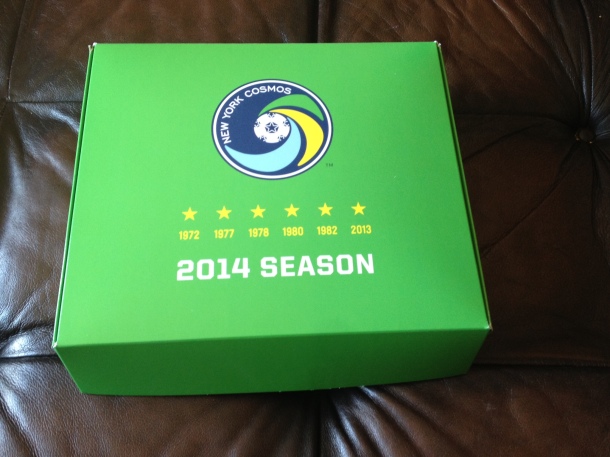 While 22 days still seems like a heck of a lot for fans of The New York Cosmos, something happened on Friday that made the wait a bit more bearable. The team sent out season ticket packages for the fans that have already committed to season tickets. All over social media, fans have been posting pics of their season tickets along with the NY Cosmos new hashtag promoting the team #bornandraised .

Along with your season tickets, fans will receive a free gift courtesy of the Cosmos. This year the team has decided to give out nice green caps with the NY Cosmos logo on it. In addition to the hats, the team threw in some nice Cosmos magnets along with some pocket schedules to give to your friends or families. Season tickets start as low as $176 for a seat in the supporters group. There are also seats throughout the stadium including “Center Circle” as low as $416 per seat. These prices above include all games for the spring and fall season.

Its not too late to get in on the action. You can call a NY Cosmos season plan agent and have personalized service – just call Kyle Feller with the New York Cosmos at 516-874-2168 or email him at kfeller@nycosmos.com.

« Looking At The Carolina Railhawks
Take A Look At Minnesota United »