Welcome To Cosmos Country In 2014!

2013 was one heck of a year for Cosmos fans but believe it or not, we look to 2014 with continued optimism! Of course the Cosmos come in as 2013 NASL champions, but that doesn’t mean the team is on cruise control with no reason to be optimistic and to continue building on what they have. Here is a shopping list of things that I think the Cosmos should be looking to accomplish in 2014:

– Repeat as 2014 NASL Champions – There is no question that once you have tasted success, you want to continue to reach the pinnacle of your mountain each and every time. You hear teams always say “tasting the champagne never gets old” – no different here in the NASL! The team will now have two chances to make the Soccer Bowl. If they don’t make the Soccer Bowl, I would say that the season is disappointment. 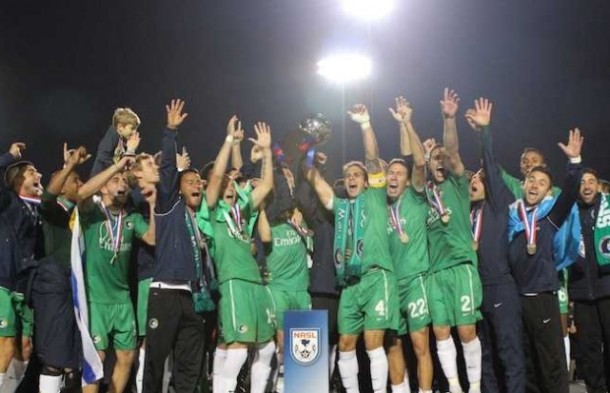 Enter The 2014 US Open Cup & Have a Strong Showing – Every year the United States runs an open cup tournament where teams from all leagues can join and one is proclaimed the best team in the United Stated. MLS teams and NASL teams are allowed to join. The Cosmos can quiet a lot of doubters who continue to say that the team is a minor league team by going up and excelling against MLS teams. They wouldn’t necessarily have to win the whole thing on their first try – I mean that wouldn’t hurt of course. But hopefully they will have an opportunity to go up against an MLS team or two and produce strong results against them!

Continue To Work On Stronger Attendance Numbers in 2014! – I can honestly say that I had a blast in 2013 at Hofstra’s Schuart Stadium. But I have to be honest, and this might annoy some of those reading this out there, asides from the Five Points, is there a strong fan base right now behind this team? I always thought that the team did not put a strong foot forward when it came to marketing the team. With NYCFC looming in 2015 and hell bent on looking to take any undecided fans, 2014 proves huge for the Cosmos and their marketing efforts. Averaging 6,500 fans needs to be well exceeded this year if we plan on filling a new stadium! I’ll do my part to bring new faces to the stadium, hope that the team is doing theirs! 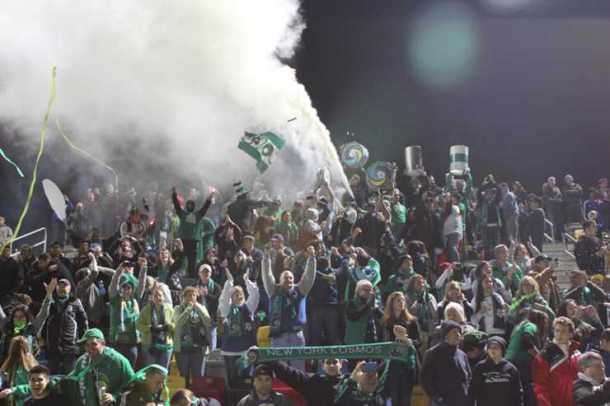 Fans Were A Huge Part Of The Cosmos Success in 2013! Can they pull more?
Photo Credit – NY Cosmos.com

Confirm Their New Stadium – There has been so much talk since the Cosmos first stepped on the field in 2013 about the proposed stadium that is supposed to open up in Elmont next to Belmont race track. The process to have the stadium approved has proven to be a very long one and there are times when this fan wonders if Elmont will become the new home of the team. If the stadium does not get approved the team needs to come up with a plan B. I do not think that fans want to continue to sit in bleachers when NYCFC will have their fans sitting in comfortable seats when their stadium is built. Its a legitimate concern for me and I hope its one for the team as well! 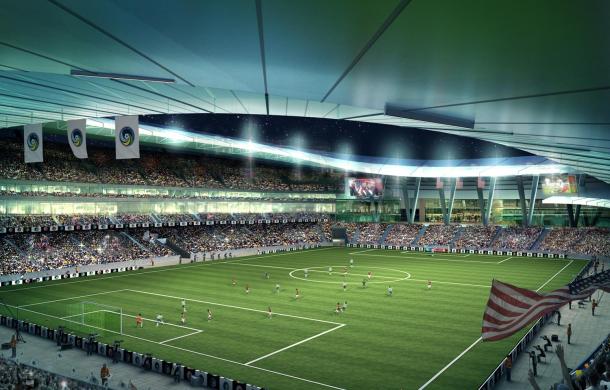 The Proposed Elmont Stadium Needs To Be Finalized Or A Plan B Needs To Come Together!

Add Some New Faces To The Already Strong Roster – We all know that the team came together very quickly in 2013 and was pretty much assembled just weeks before they played their first official match together. One can argue that playing a second season together will make them even stronger. The recent signing of 2013 NASl leading score Hans Denissen is a positive sign for the team. However if the team would like to keep their high end sponsor Emirates Air, its going to need to put fans in the seats. Some well known names that have played overseas or in the MLS may need to be signed by the team to put those fans in the seats. Again what the team does here in 2014 will be huge! Denissen is a good start – where do they go from there?

Obtain Another TV Deal – I’ve mentioned exposure a few times already in this article and I can recall so many times having conversations with friends or co-workers that didn;t know that the team was back. Their first question was “where are they playing?” If Hofstra was too far, then their 2nd question was “What channel are they on?”
Unfortunately the team has mostly video delayed coverage of home games and no coverage of away games. Heck even the soccer bowl was not broadly covered as it was only available to most people on ESPN 3. An agreement with SNY or a local NAssau Country channel is what the team needs to gain exposure to a fan base that might take throw their weight behind this team if they could only follow them on TV!

One World Sports Has Been Great – But The Fans Need More!

Continue To Be A Model To Rest Of The NASL – Many people view the fact that the Cosmos are in the NASL an easy classification that they are a minor league team. Many years ago the NASL was the ONLY soccer league in the US. Today of course the MLS has grown and is the league that is considered to be the main league in the US. NASL commission Bill Peterson has been vocal about growing the NASL to be competition to MLS. But to do that other teams in the NASL must come to prominence the way the NY Cosmos have. This doesn’t mean just coming out and winning the Soccer Bowl, but also being a successful business model and most importantly – a visible force in the community. In 2013 the Cosmos did a tremendous job of this. Examples of this were running blood drives, soccer clinics for kids and holding many nights with a cause during their home games. They’ve planted a seed in terms of being a leader in the NASL – this has to continue to blossom this year and in the future!

What else do you want to see from the Cosmos in 2014? Whether any of the above happens or not I know one thing for sure right now – I cannot wait to get the 2014 campaign underway!!