Looking Ahead – Carolina Railhawks at NY Cosmos This Saturday 10/12! 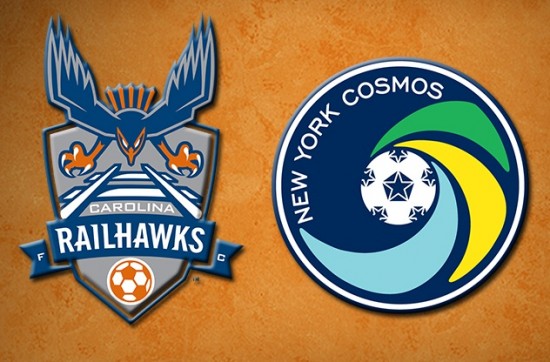 Being at the top of the table means only one thing – you have a big bull’s eye on your back no matter who you play. However in the case of the Carolina Railhawks, its not just a bulls eye that they are placing on the NY Cosmos. Their spot at the top of the table is what has them coming into Schuart Stadium on Saturday with great purpose.

In the third week of the fall NASL season the NY Cosmos visited the Carolina Railhawks at Wakemed Park in Carey and were given their only loss of the season when they were dominated by the Railhawks 3-0.

Assistant coach of the Cosmos Alecko Eskadarian said of that match ” That’s something in the back of our minds..we left (Carolina) with a bad taste in our mouth”.

Eskadarian however thinks that this time the result of the match will be different.
“Alot of the guys contributing now weren’t there last time we played Carolina…there’s a lot more cohesion. Overall the team is doing a great job and we are much more different & improved”

For the Cosmos to pull off the victory they will have to be able to defend and contain Brian Shriver who not only is leading the NASL in goals but reached the back of the net twice during Carolina’s last match vs the Cosmos. As far as defense goes the Cosmos received some bad news when it was reported that Korey Veeder, who has been an integral part of the Cosmos stifling defense, will now be out for the remainder of the season due to surgery on his right ACL.

“They are quick team and strong, we just have to play above that and hopefully get the 3 points. We will be ready for Saturdays game” said a confident Sebastian Guenzatti. Look for the combination of Paulo Mendes, Diomar Diaz, Stefan Dimitrov and Marcos Senna to strike early and give the Cosmos some much needed goals against the Railhawks and assure that they will will not be shutout this time around.

It can be very easy for Guenzatti and the Cosmos to be confident right now as they are riding a seven game streak where they have not lost a game of which they have won four in a row. The streak has given the Cosmos a seven point cushion in the NASL chase for the final spot in the Soccer Bowl. Another thing that bodes well for the Cosmos is that they have not lost a home game all season and feel invincible at Hofstra’s Schuart Stadium. With the feeling of invincibility, the Cosmos are expecting another large crowd to fill Schuart stadium this Saturday. The Cosmos are already leading the league in average home attendance with an average crowd of 7,396. As if the hunt for a spot in the Soccer Bowl were not enough for fans to come to the game this Saturday, the Cosmos are also partnering with the American Cancer Society and honoring cancer survivors at half time this Saturday as well. The first 5,000 fans in attendance with receive a pink Cosmos scarf.

See you at the game on Saturday! 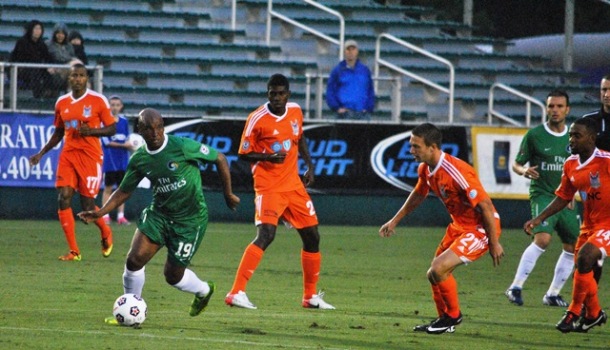 Cosmos Vs Railhawks Earlier In The Season